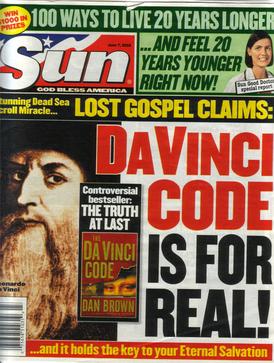 Quebec news may attract a smaller audience than U.S. politics but the francophone province still has to protect itself from fake news and misinformation

By Alexia Martel and Nicholas Ward

Alexandre Bissonnette burst into a mosque in Quebec City, killing six and injuring eight on Jan. 29 2016. This terrible incident could have resulted in an explosion of fake news, like in the United States, where similar incidents such as the Boston bombing saw significant misinformation, but it didn’t. Following the mosque shooting, Quebec media was not taken over by attacks of racism or name calling as the ones that took place after the Boston marathon. The few far right websites that accused the shooter of being a converted islamist or a white supremacist were quickly refuted by fact checkers, and subsequently lapsed into silence.

Quebec has so far been better protected from fake news than the U.S. believes professor Simon Thibault of Université de Montréal and researcher in political communication. “It remains quite a marginal phenomenon for now.”

Thibault, who co-wrote the book Les fausses nouvelles, nouveaux visages, nouveaux défis, (Fake news, new faces, new challenges) in which professionals from the political, media and communication fields explore the challenges and value of online information, said that, “Canada is relatively spared from [fake news], but it does not mean that there will not be attempts to misinform Canadians or Quebecers about some issues.”

Although Canada remains relatively immune to the proliferation of false information due to its lack of significance as a world political player in comparison to the U.S., “there are people who make fake news not to make money but for ideological or political reasons, and we’re not sheltered from that,” said Jeff Yates a journalist who works for Radio-Canada and who investigates online fabricated information.

If Canada plays a secondary role, then Quebec plays an even smaller role: a sea of French in an ocean of English-speaking Americans and Canadians, online fake news jostles for attention among a population of 8.4 million, 81 percent of whom spoke French at home. But with a small francophone population and little interest in Quebec internationally, the province is  not creating enough financial incentive to be targeted by fake news websites looking to make profits. “There is not really potential for a financial opportunity for people to create fake news with the aim of getting clicks and making money,” Yates said.

For example, in the town of Veles in Macedonia, some locals  successfully earned money by publishing fake news stories about  the U.S. 2016 elections campaign. The general lack of international interest in Quebec affairs reduces the risk of such websites inventing scandals concerning the province.

However, Quebec’s unique situation in North America comes at a cost. According to Louis Baudoin-Laarman, who works for Agence France-Presse (AFP) as Facebook’s fact checker for Canada, Quebec is more vulnerable to ‘far right’ misinformation coming out of France. “French language misinformation in Quebec relies a lot on far right European, French websites,” said Baudoin-Laarman. “But because Quebecers get French fake content, they get stuff that’s a bit more ridiculous than in the rest of Canada.”

Although fake news in Quebec has not become widespread, there have been a few exceptions. Yates remembered a story in 2016 about the Quebec government giving free driver’s license to immigrants. He said that this fake story was one of the few that gained significant traction.“It’s rare that you’ll have a story that moves around so much and monetarily, it’s not worth it,” he said. Yates believes that spending time creating misinformation with the aim of obtaining clicks and money is not possible in the province.

Paradoxically, fake news about Quebec is rare, but some fake news about American politics and culture produced in the province has been successful. For example, the fake news website World News Daily Report (WNDR), based in Quebec, published 12 news stories that were among BuzzFeed’s top 50 Biggest Fake News Stories of 2017. The articles published by WNDR focus mainly on American and sometimes Canadian fake stories.

Baudoin-Laarman says that some fake news websites, like WNDR, use satire as a cover. By saying that the site is satirical, it protects the web content from being called fake news and all the scandals this could entail. “It’s usually pretty obvious when it’s satire,” he said. “[However] a lot of the pages that used to peddle fake content have started publishing under the pretense of satire.”

Even if fake news targeting Quebec is not profitable, people with an ideological agenda use Facebook to spread their ideas rapidly. That’s what we see more and more,” said Yates. “People who create fake news slowly give up on websites and make more fake news directly in social media networks.” Creating a Facebook page requires no money and only a few minutes.

Facebook has come under sustained pressure following the U.S. presidential elections and the Brexit campaign. According to a study on the consumption of fake news during the 2016 American elections campaign, 22 percent of fake news visits identified by the researchers was passed on to Americans via Facebook.

Since then, Facebook has contracted independent fact checkers via media agencies such as Agence France Presse. Baudoin-Laarman tackles the problem of fake news on Facebook in Canada. Every time a Facebook user flags a post as fake news, that post goes into a database Baudoin-Laarman has access to. It is no surprise that the majority of fake news stories that get flagged come from outside the province. “I do try and cover Quebec, it’s just that if it doesn’t get shared enough, I’m not going to cover it,” he said.

The effects of Facebook’s initiative to reduce the proliferation of fake news have not yet been thoroughly researched. A report by the Washington Post in August revealed that Facebook ranked its users on a reliability scale of 1 to 10, but these rankings are not accessible to the social network users.

Baudoin-Laarman says that among the approximately 800 pieces a day the database receives, he can quickly filter them based on whether they are actually fake news or opinion pieces, and on the number of times they have been shared. “There are maybe five that are interesting because there’s a lot of junk, people might flag something that is not actually false because they disagree with it.”

When he finds his “five a day,” he does what any fact checker does: research. Once Baudoin-Laarman has completed his investigation on the fake news he identified, he notifies Facebook, who places an alert over the post. This means that when the post is shared, people sharing it and clicking on it are notified and directed to evidence.

Investigators looking for the origins of Facebook fake news are faced with particular challenges, Yates says. Facebook users will often download an image and share it on their accounts instead of simply sharing a post with the link to the article. “It creates many copies of the same fake story and it becomes very difficult to track, to know where it comes from, where it started and to see how many times it has been shared,” said Yates.

In advance of the 2016 U.S. election, the spread of fake news prompted accusations of elections tampering from politicians and media outlets. However, Thibault insists that we must be vigilant about the effects of fake news. “We can make the hypothesis that it had as important effect but we must measure that effect, and measure the impact of misinformation on the thoughts, the attitudes, even the behaviors of voters,” he said. “That’s not easy.”

Meanwhile, fact checkers such as Baudoin-Laarman are making efforts to reduce the visibility of fake news. He believes that his work, including the alert Facebook places over content identified as false, helps to decrease the spread of fabricated stories. “That really slows down the visibility, and that really irritates the people that we target,” Baudoin-Laarman said.

Thibault, however, remains skeptical, and not only about the extent of fake news’ impact, but also about the benefits of rectifying fabricated news stories. “What research tend to demonstrate is that the corrections of fake news, of false information online, especially on Facebook, are much less consulted than the fake news themselves,” he said.

For Yates, one of the ways to prevent the spread of misinformation resides in educating people about the use of media. Internet and Facebook users should avoid sharing or liking content they are unsure about. “It seems that there is not yet a mentality that interacting with a Facebook post has consequences,” said Yates. “I think that’s what has to be taught to people.”

Thibault thinks that informational media outlets also need greater financial resources to compete with social networks, such as Facebook, where news easily circulates. “It is extremely hard to survive in a place where all the revenues are almost all monopolized by the few platforms like Facebook, Google and the other main ones in this world,” he said.

Baudoin-Laarman has advice for anyone looking to protect themselves against fake news. “Trust your gut,” he said. “Is there too many all caps? Does the sentence structure make sense? If it doesn’t look legit there’s probably a reason. Always double check, it’s all very basic verification.”

Nicholas Ward is an Australian currently attending Graduate School in Journalism at Concordia University, he has a Bachelor in Film and Television, and currently does freelance reporting in Montreal.

Alexia Martel currently studies journalism at Concordia University. She has a degree in international development studies and Spanish, and she is especially interested in international politics reporting.